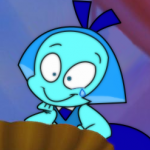 By mochi, July 19 in Toonami