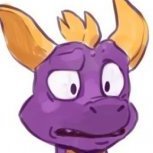 We should stop saying cars are "new" and say they're "young" instead.

By Skiles, April 7 in Free-For-All